sex and the city

WARNING: This story contains spoilers from the first four episodes of “And Just Like That … “

“And Just Like That … ” said goodbye to one of its most beloved characters — and stars — on Thursday.

The “Sex and the City” sequel series reworked the fourth episode to spin an abrupt career move and a perhaps not-unexpected relationship shift for Carrie’s gay-about-town BFF Stanford Blatch, a part played by Willie Garson, who died unexpectedly in September following a quiet battle with pancreatic cancer.

The show also brought some real-life closure after the unfortunate passing of Garson, 57, who embodied the role in the original series, two subsequent movies and the spin-off HBO Max show. The episode closed with a simple dedication that read: “In memory of our beloved Willie Garson.”

The actor’s final on-screen appearance was in the prior Dec. 16 episode.

This week, an off-screen Blatch left a handwritten note for Carrie (Sarah Jessica Parker), who was already reeling from the Peloton-induced passing of her husband, Mr. Big. “Dearest Carrie, By the time you read this I’ll be in Tokyo,” the note started off. “I couldn’t tell you — not without crying. And you have had enough crying,” alluding to her shock over the death of John “Big” Preston, played by the recently embattled Chris Noth, 67. 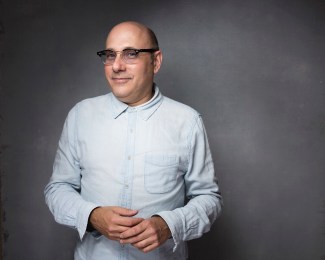 In a sudden turn of events, Stanford had jetted overseas to manage a 17-year-old TikTok star who’s “huge” in Asia, according to his husband, Anthony (Mario Cantone, 62).

But Stanford had also used his abrupt departure to ask his significant other for a divorce.

“I don’t get it — we were so happy,” Anthony told Carrie in a surprisingly humorous exchange.

Of course, longtime “SATC” fans know that the oft-antagonistic couple despised each other the first time they met in Season 4 of “Sex and the City,” when Charlotte (Kristin Davis, 56) disastrously attempted to set the pair up on a blind date. (Let’s just say there was no sex in the city for them that day.)

But their animosity turned into an unforeseen New Year’s Eve kiss in 2008’s first “Sex and the City” film and memorably culminated in an over-to-top wedding in the 2010 sequel “Sex and the City 2.” The nuptials even featured an out-there song-and-dance cover of Beyoncé’s “Single Ladies” by 75-year-old gay icon Liza Minnelli.

And while the duo reaffirmed their love for each other in the aftermath of Big’s death, there was always bickering bubbling to the surface in the first three episodes of the spin-off.

And just like that, the show apparently found a more palatable exit for the popular character than to have him pass away, too.

“I thought, ‘I’m not gonna really lean into this [death as a storyline].’ It’s too sad,” showrunner Michael Patrick King, 67, recently told Vanity Fair of writing in the departure. “And it’s too tragic. It’s not a fictional death. It’s a real death.

“So I just kind of put a little patch of thin ice that Anthony and Carrie had to skate over to get to the other side,” continued King, who added that the last scene Garson filmed was Big’s funeral. “I just sort of made it as light and as silly as possible and we went forward.”

Parker, 56, recently revealed the difficulty of shooting Big’s fictional memorial while knowing Garson was not well.

“That day was excruciating, to be in a fictional world of the loss of a life, but in the real world, of somebody that you knew was sick — that was his last day working with us,” she told Vulture.

what to shop now