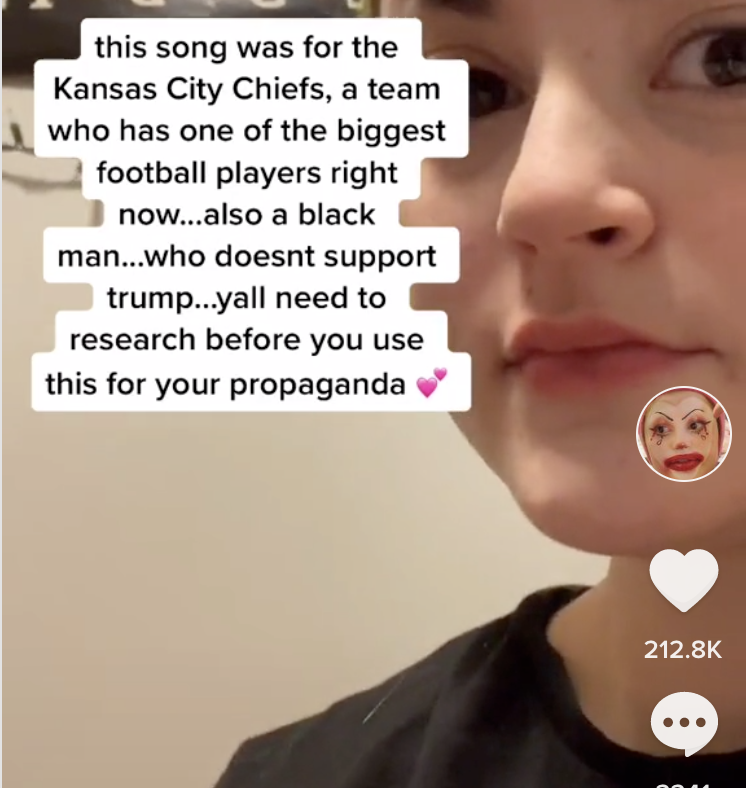 We didn’t think it would come to this, but here we are.

As if there wasn’t enough Tik Tok news this week, the newest trend on the popular app is a sound that features a clip of Tech N9ne’s hit song, “Red Kingdom” being used for Republican propaganda. “Red Kingdom” is a nod to the Kansas City Chiefs and has been largely accepted in the community as a hype song for the team, but non-locals on Tik Tok have begun to use the sound to promote President Trump and other conservative ideals. The idea of a “Red” kingdom coincides with the color red traditionally being associated with the Republican party. In contrast, the color blue is most commonly associated with the Democratic party and liberal ideals.

In response to these Republican propaganda Tik Toks, many Black Lives Matter activists and liberal users have made videos to flood the sound “tag” with positive, inclusive content to “drown out” the hateful posts. We think they’re pretty great.

Not only is the message of love and acceptance drowning out the hate (arguably the most important part), many users on the app are sharing that this song was actually written for the Kansas City Chiefs, whose star player is a Black man. Additionally, the song’s artist, Tech N9ne, is a local Black activist. Basically, the conservatives have trolled themselves into thinking that a song by a Black activist for a football team with a Black superstar quarterback was created for their hateful agenda. It’s hilarious really.

With the recent news that Tik Tok may be here to stay as Microsoft is pursuing purchasing the app, we hope that the liberal Gen Z’ers continue to post content that drowns out hate that surfaces on the app.