Join us for networking & quality resources to help you and your team succeed in digital transformation.

The announcement of Amazon Go in December 2016 sparked the Western imagination on the potential of frictionless cashierless shopping. Roughly 18 months later, we are still on the road to the fully autonomous retail store.

This post summarizes the opportunities and challenges of this global innovation journey. Primary focus is on the state of self-checkout, mobile scan-and-go adoption, and an update on global autonomous store deployments.

Back to the Future of Automated Stores 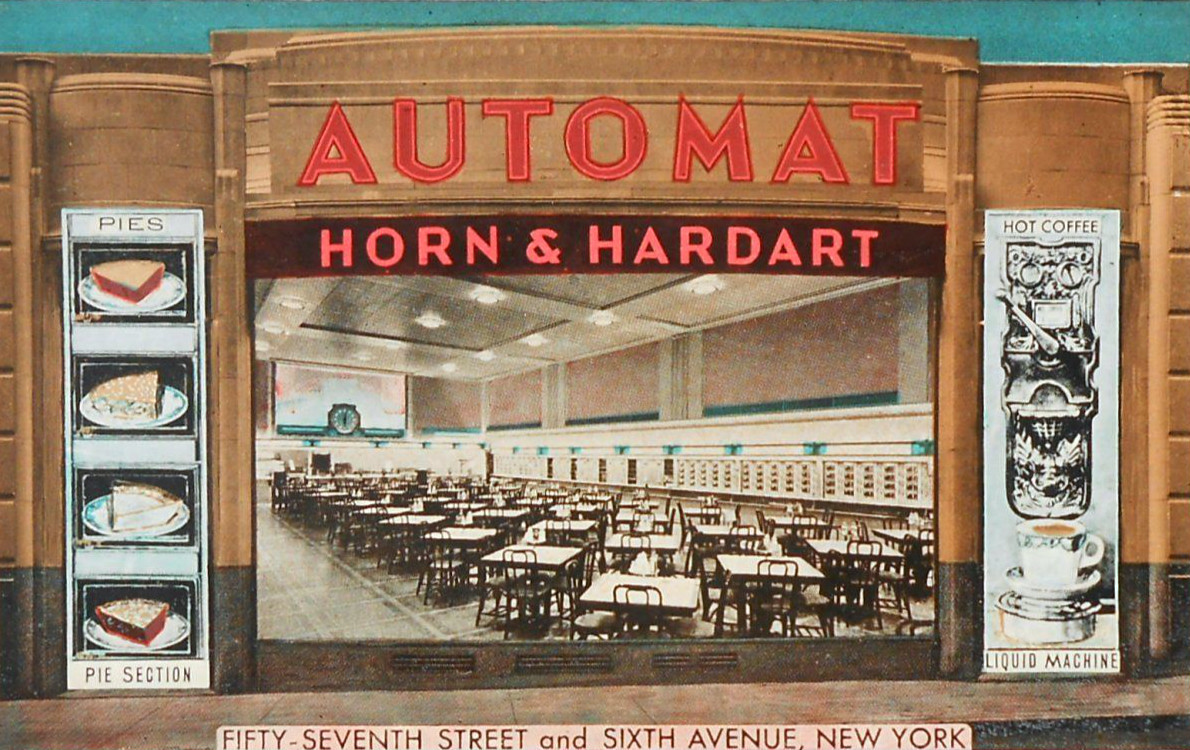 The first cashierless store (no waiters / no counters to pay) opened in Berlin Germany in 1895 as a restaurant / cafeteria where you retrieved your food out of a vending machine. The format came to New York in 1912 as Horn & Hardart automats. The last store closed in 1991 when most locations were converted to fast food restaurants.

A record 49,000 self-checkout stations were delivered around the world in 2016. Shipments to the United States jumped 155%, more than double the previous year’s growth. By 2022, projections are for more than 400,000 self-checkout terminals to be deployed in more than 60 countries.

The growth of self-checkout stations are an important milestone on the road to fully automated stores. The overall slow adoption pace points to the challenges of retail in being a laggard industry to evolutionary self-service technologies. By comparison, the global banking ATM network will cross over 4 million units by 2021.

A big push is coming this year in customer self-checkout applications either on personal smartphones or on store provided devices. In the United States Kroger is adding scan-and-go technology to 400 stores. Walmart is testing the solution in 120 stores and has rolled it out in all the roughly 600 Sam’s warehouse clubs.

BJ Wholesale is testing the service in a few stores and will roll it out to 100 locations in 2018. Meijer is piloting a similar Shop & Scan solution in seven stores.

Macy’s is rolling out mobile checkout to all its stores in 2018. In Europe, Spar announced that shoppers will be able to bypass cashiers by scanning and paying for their groceries on their smartphones.

Based on analysis of 40 USA retailers, scan-and-go mobile shopping today accounts for 5% to 15% of total transactions. Sam’s Clubs reports 80% re-use within 90 days and that its number of mobile transactions have doubled this year.

The United States is a laggard country to mobile commerce. In China, “every month, 500 million consumers are buying on mobile phones, and put that into context, that is the total population of the United States, UK and Germany combined.”

The Automat Retail Leaders from the East

Globally an innovation race is underway to open fully autonomous retail stores. Here is a sample: 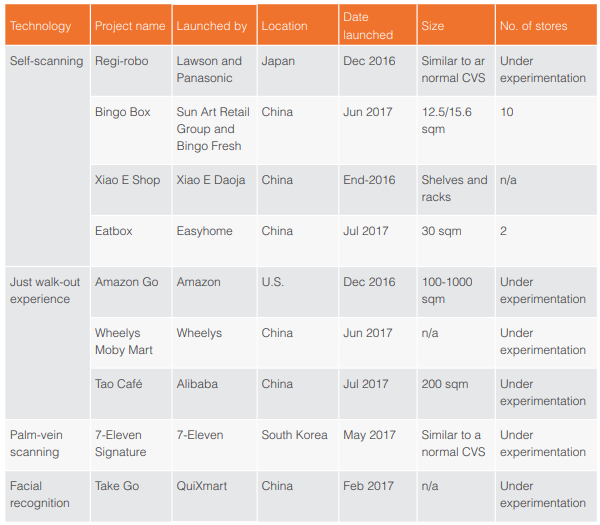 Note that eight out of the nine technology projects above are in Asia with China leading all other countries worldwide. A few updates since above list was published in July 2017.

Bingo Box claims that a human worker can take inventory and refill their stores in 20 minutes. Just one employee can support 40 stores and the model offers prices 5% lower than traditional convenience stores.

Facial recognition, RFID, artificial intelligence, mobile payments, lots of image and some voice recognition, and traditional security solutions are among the technologies applied to these autonomous stores.

Don’t Steal My Job or My Goods

Over seven million USA retail jobs could be replaced by automated kiosks and checkouts over the next decade. As early as 2024, 80,000 fast food jobs could disappear. Just like ATMs did not fully replace the bank teller, cashiers will not disappear. In a ‘customer first’ future strategy, I see the store associate increasing in importance as a brand ambassador for the retailer.

Self-service solutions do introduce the challenge of increased retail theft. In a UK study conducted in 2017, more £3.2billion worth of items were stolen from supermarkets by customers using self-service tills. This figure is up from £1.3bn in 2014. Almost one in four people admit to stealing at least one item from unmanned checkouts and that figure has doubled in the last four years.

Another UK study that analyzed 12 million shopping trips from 2013 to 2015 found that customers who use self-checkout lanes are twice as likely to shoplift as those who don’t. The loss rate when customers used unmanned or smartphone apps to pay for merchandise was 4%, more than double the normal rate.

The Road to the Fully Autonomous Retail Store

The road trip to the fully automated store is just getting started. It has come a long way from the first food automat in Berlin in 1895, but we are not there yet.

The role of the cashier as a store associate will evolve, not disappear. Do believe as discussed in a previous post that new autonomous models will lead to a disruptive future of retail loss prevention in their efforts to reduce omnichannel shrink. Self-service applications and automated stores will accelerate the transformation of loss prevention and elevate its importance. 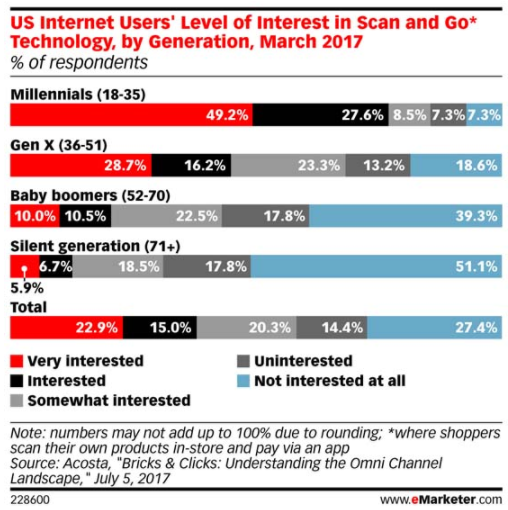 What has changed today is that retail innovation is no longer just a Western phenomenon. “By the time Amazon finally opened its cashier-less grocery store Amazon Go in Seattle in January, retailers in China had been operating cashier-less stores for almost a year.”

Self-checkout, mobile scan-and-go, and autonomous stores are evolutionary innovation steps. The winners will focus less on the technology and on the customer first.

Everything you need to know about Digital Transformation

The best articles, news and events direct to your inbox

The Case For Digital Transformation

The Case For Digital Transformation

The Digital Transformation Pyramid: A Business-driven Approach for Corporate Initiatives

In Praise of “De-Automation” in Social Business

Maybe it’s time to care about your leadership pipeline, yes?

How can we Transform Digital Transformation?

Learn from peers, thought leaders and expert practitioners for the best chance of success.

Digital transformation is a complex and difficult task. Join the community for quality resources, peer support and  expert help.