At the beginning of the 21st century, you’re less likely to die a violent death than at any other point in human history. Yet the world is hardly a pacifist utopia, and remains riven by enduring, violent hostilities. The Israeli-Palestinian conflict shows no signs of ending, and over the past year has got even worse. India and Pakistan struggle over the fate of Kashmir. Ethnic groups wage bloody war within Sudan, the Central African Republic, and the Democratic Republic of Congo. Libya, Syria and Iraq may be descending into decades-long civil wars, as the so-called Islamic State tries to carve out a bloody Caliphate from these divided countries. Meanwhile, the smouldering embers of the Cold War are being stoked in Ukraine, as Europe and Russia face off.

Political scientists call such long-term rivalries from which there seems no way out intractable conflicts. They are among the world’s most destructive social ills, and the most difficult to solve. Over the past decade, Peter Coleman, director of the Morton Deutsch International Center for Cooperation and Conflict Resolution at Columbia University, has been developing an innovative way of understanding intractable conflicts — and potentially resolving them. (A feature story in this week’s edition of Nature elaborates on how Coleman and colleagues are applying concepts from complexity science to wars without end.)

Dynamical systems theory studies the collective behavior of interacting units in complex systems — molecules in a liquid, proteins in a cell, or even thoughts in a human mind — and how, over time, their interactions can create fluid turbulence, changes in cellular behavior, or a psychological sense of self.

Viewing conflicts through the lens of this theory means more than simply seeing them as complicated. Airplanes and computers are complicated, but they behave in predictable ways because they’re governed by “linear causation,” where effect predictably follows cause: Turn the wheel to the right, and the plane banks to the right.

Complex, dynamical systems are very different. Crucially, complex systems are typically non-linear, meaning that inputs and outputs, or cause and effect, are not always proportional — while striking a bell twice as hard produces a sound roughly twice as loud, doubling the flow of water through a pipe doesn’t just make it flow twice as fast, but can create entirely new dynamics and turbulence.

Non-linearity creates “emergent” or systems-level features of systems that can’t be reduced to, or predicted from, knowledge of their constituent parts. Complex systems are more than the sum of their parts, and their behavior is governed by internal dynamics and feedback loops that are obscured when focused on individual elements of the system. And so changes to individual parts often do not affect the system in predictable ways.

In fact, the dynamics of complex systems often resist global change: Perturb the system by altering one element, and in many cases the system’s dynamics ensure that it returns to its previous state. However, if enough changes occur over time, the system may reach a tipping point, and rapidly switch from one state to another, like ice turning to water. Or a society flipping from stable peace to enduring conflict.

Although violence often erupts quickly, conflicts typically have deep roots. Drawing on the Correlates of War database, political scientists Paul Diehl of the University of Illinois and Gary Goertz of the University of Notre Dame suggest that 95 percent of intractable conflicts start — and 75 percent end — within 10 years of a major political shock. As a contemporary example, Coleman cites the Arab Spring, which occurred 10 years after 9/11, and the political and military engagements in Afghanistan and Iraq.

If conflicts follow non-linear dynamics, then focusing on the specific details of any particular conflict situation may lead to missing the woods for the trees. “We’re trying to stand back and show that conflicts share some dynamic properties, and how their elements influence each other and evolve over time into coherent but negative states,” says Vallacher.

Borrowing a central concept from complexity science, these organized patterns of behavior have been dubbed attractors — stable states that many dynamic systems, such as gene expression in a cell, settle into. “When it comes to conflicts, knowing how attractors emerge may be more important than knowing about conflict-specific factors,” says Vallacher.

For Coleman, conflict attractors are the social and psychological equivalents of black holes: They suck people in and won’t let go. One way to visualize attractors is as a landscape of valleys, some shallow and wide, others deep and narrow, into which balls will naturally drop under the force of gravity — and where they’ll stay until something lifts them out.

Conflict attractors exist at many levels, from personal psychology to international politics. Psychologically, conflict attractors are created in large part by our natural tendency to simplify conflicts: We’re good and they’re bad, we want peace and they want war. Psychological attractors are also fueled by cognitive biases, such as the simple belief that our side is motivated by love while others act out of hate. “We create simplistic narratives about conflicts that are devoid of nuance and keep us locked in,” says Coleman.

Coleman’s team has studied the importance of cognitive complexity in Columbia’s Intractable Conflict Lab. In one line of research, pairs of people with irreconcilable views on divisive moral issues like abortion were brought into the lab, and asked to talk for around 20 minutes to try to reach a consensus. Afterwards, they listened to their conversations and rated how they felt, moment by moment, as their discussion unfolded.

Some pairs got locked in negative, polarized positions, and even had to end their conversation prematurely, whereas others had much more constructive exchanges. Coleman’s team found that the key difference between the two conversational dynamics lay in the range of emotions participants experienced as they engaged with their partner. The destructive exchanges were characterized almost entirely by negative emotions, while participants in the constructive dialogues experienced a much wider range of feelings — they were more emotionally expansive and complex.

For the past six years, Coleman has also spent a quarter of his time running the Advanced Consortium on Cooperation, Conflict and Complexity at the Earth Institute. The consortium was set up in 2009 by Coleman and Bartoli (then at Columbia) along with Beth Fisher-Yoshida, director of Columbia’s Negotiation and Conflict Resolution Program.

Since 2013, Coleman has also helped run the Dynamical Systems Theory Innovation Lab, an annual meeting that brings together a diverse range of scientists steeped in complexity theory — biologists, economists, physicists — to share their insights into how it can be applied to conflicts. The lab’s second meeting was held in Hawaii in July last year, funded by the Omidyar Group, a philanthropic organization set up by eBay founder Pierre Omidyar. “We hope that five years out, conversations between the best empirical scientists will shed insights on how the pieces of the conflict puzzle fit together, and what matters most in context,” says Coleman.

Freelance writer Dan Jones is the author of a feature story in this week’s edition of Nature on how researchers are trying to apply concepts from complexity science to wars without end. 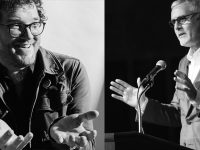 Could ‘Peace Speech’ Save the Planet? 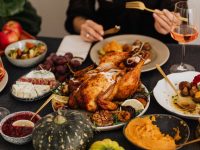